THE SECRET LIFE OF LINCOLN JONES by Wendelin Van Draanen 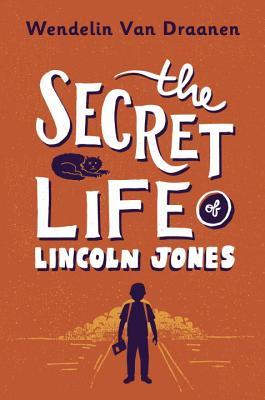 The Secret Life of Lincoln Jones is the newest addition from one of my favorite authors:  Wendelin Van Draanen.  Lincoln is 11 years old.  He and his mother have fled their home and his mother’s abusive boyfriend.  Lincoln now finds himself in a school where his southern accent and mannerisms often make him a target for teasing.  His mother works as a nursing aide in a nursing home and Lincoln is required to spend his afternoons there, as he is not yet old enough to be home alone.  Lincoln also carries a notebook with him and in it he writes fantastic stories to escape from his daily reality.

The genius of Lincoln’s story is that it becomes the reader’s story too.  Lincoln begins by expressing his frustration and exasperation with his mother’s job, the fact that he has to spend so much time at the retirement home and that he has no friends at school. He calls the residents of the nursing home “crazies” and makes some very specific judgments about fellow classmates–in particular a student whose name is Kandi Kain (she carries her birth certificate to prove it is her given name).  As the story goes on, Lincoln begins to see both the elderly residents in various stages of dementia and Alzheimer’s and his classmates as individual people with their own challenges and successes, joys and sorrows.

My favorite moments are toward the end of the story when Lincoln realizes on a deeper level how much he may miss in his own reality by always hiding inside his stories.  His ability to combine his imagination with his acceptance of and appreciation for the different (and remarkable) people around him provide one of the most satisfying endings I have encountered in a long time.  It is an ending that fills my heart and my mind with compassion and gratitude and reminds me that I believe in the goodness of humanity in an empowering, rather than sappy, way.